We all have our prejudices.  For many, massage is just a necessary storefront for prostitutes who want to work in areas outside the Zona Rosa.  (Red Zone, or officially sanctioned area for prostitution.) Why bother in Mexico City?  It’s easier and less expensive to just skip the massage and take a streetwalker to an hourly motel.  However, the heart wants what it wants.  If you like the ritual of massage before sex, Mexico City has a few (BAD) “happy ending” options.  While it’s illegal, some massage parlors stay open with a combination of lookouts to alert of a police raid and payoffs to the authorities.

Mahal writes about his specific experience with Extreme Sports Spa (ESS) on the CityXGuide. To summarize, his experience was that it’s hard to find and not worth the effort.   “I decided to try ESS and save the trouble of having to deal with security at my hotel. ESS is indeed directly behind the Four Seasons as reported.  It was not  what I imagined from their catchy website.  You need to speak Spanish.  The place to was rundown and sordid.¨ 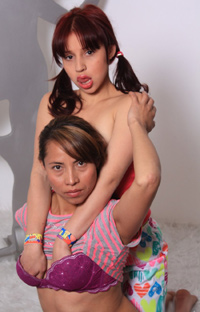 ESS; It Gets Worse

Mahal continued.  “There is no sign. At the entrance is some old guy who asks for your name and calls upstairs to announce you. You climb 2 flights of stairs and end up in front of a white door, again with no sign. I thought I was in the wrong place.The guy who opened the door ignored me for the next 15 minutes as he was busy playing with his computer. I could see a room on the left with girls waiting, not sure what the deal was. There was 1 other customer waiting and 1 leaving and I saw 4 girls.

I asked to take a shower.  The common shower was far from the room.  That meant undressing, dressing and undressing again.  The shower, boy was it dirty. Some girl started banging on the door. I made it very short. Back to the room the girl, Alejandra, was friendly enough, but BBBJ was 200 extra and no other options were available. Nice massage and she was very willing to let me do whatever I wanted with her during the massage. Then a brief, like 2 minutes, BBBJ, followed by a few positions and then she started moaning and moving in a way that suggested it was time to finish. That was after about 15 minutes.