Protecting Yourself: Safety in Mexico 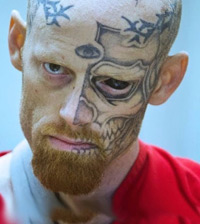 In Mexico Prostitution Is Legal

This changes the safety rules considerably.  Overall, it is far safer buying sexual services in Mexico than it is in the U.S. or Canada.  Most guys are not concerned about safety, take risks and never have a negative experience.  However, it’s a scary time in Mexico.  The country is locked in a power struggle between  drug cartels and the government.  The police and the military are underpaid and corrupt, receiving more money from the cartels and other corruption than their salaries.  You’re protected in the tourist areas.  Outside, you’re on your own.

But I’m A Big Tough Guy

Yes, most men from the North are bigger and stronger than the average Mexican.  But there are always clever predators willing to wait in ambush.  Consequently, a little common sense will greatly reduce your chances of being hurt.  Don’t walk alone at night.  Take taxis.  Also, in 9 years of living in Mexico we’ve been robbed 4 times.  Three of the four we were robbed by the police.  Yes, we were robbed by armed, uniformed police.  Being a big Norteamericano is usually less important than being street smart.

In general, the closer you are to the border, the greater the danger.   However, Cabo is currently the most dangerous city in Mexico, and tourists aren’t even aware of it.  Even if you speak Spanish, stay close to the tourist zones.  We used to cover border cities like Nuevo Laredo and Juarez, but that’s like giving advice on finding escorts in Beirut, Kabul or Baghdad.  The best advice is Don’t Go!  Many border cities don’t have protected tourist zones like Cabo or Cancun.  Knowing geography in Mexico can save you from bad experiences.  Stay out of Michoacan (except Morelia), Guerrero (especially Acapulco) and Oaxaca (City of Oaxaca).  There are federal highways controlled by cartels.  Do research before you travel by car in Mexico.

Buy Drugs and be a Victim of Violence

You are much more likely to experience violence in the United States than in Mexico.  If you are careless, drunk and out late at night in a bad neighborhood, bad things can happen.  But it’s the same, only worse, in the U.S.  The one way to get in way over your head and have a situation spiral quickly out of control is if you decide to buy drugs.  Whether it’s one marijuana joint or something stronger, the only people who live longer than 2 hours in the Mexican drug trade are cartel connected.  Nothing we say will slow your roll if you are determined.

If You Have To Buy Drugs

If you need to score, try to get an intermediary to get it for you.  Could you get ripped off?  Sure.  But due to the fact that ALL DRUG DEALERS IN MEXICO ARE CARTEL CONNECTED, you could get ripped off or killed dealing directly.  Consequently, it’s better to be ripped off by another civilian than to meet a cold-blooded cartel killer face to face and open your wallet.  Pay the intermediary.  This is the best insurance you will ever buy.

Taxi drivers are often trustworthy, especially if you enlist the help of a hooker, waiter, or hotel employee.  Will you pay more?  Yes.  But if you have someone who knows a good taxi driver who knows a dealer, you are twice removed from danger.  They go away with your money and come back with your purchase.  Get his cab number or ID, always on public display.  Make sure he sees you doing this.  He knows if he rips you off you’ll complain and he’ll lose his chauffeur’s license.

Get The Cab Number

Mexican cabbies are almost never owners of the taxi medallion.  They are rich, powerful men who often own many cars and medallions.  These guys don’t want trouble, especially if some Gringo is complaining about drug deals gone wrong.  The police will tell their cartel contact, and suddenly it appears they are competition in the drug business.  99 times out of 100, the taxista returns with the goods you requested.

Most common problems in Mexico don’t involve violence.  The biggest problem is police shakedowns.  An average city policeman looks at a Gringo like a Gringo looks at a cash machine.  It’s nothing personal.  They just want you to give them money.  This is part of their culture.  It’s illegal, but so is jaywalking.  They’ll make up a problem unless you are careless and have attracted attention.  If you don’t speak Spanish, it will be harder.

$500 pesos usually buys you out of anything with a corrupt Mexican cop.  (That’s about $25 USD, depending on exchange.)  If you’re Canadian and want to negotiate your bribe, start at $20 pesos and have fun.  The nicer your car, clothes, (especially your shoes), watch and haircut, the more expensive it’s going to be.  Stay calm.  If you haven’t committed a crime, let things flow.  Take pleasure in this unique life experience.  He’s not going to shoot you or take you to jail.  You’re probably going to end up paying this poor, fat bastard in a uniform to go away.

Don’t threaten or make big gestures that will frighten a smaller Mexican policeman.  Don’t be an Ugly American.  You’re just driving up the price.  Be calm.  Make friends.  Smile.  Be nice.  He’s going to hold your ID, knowing you’ll probably pay to get it back.  Apologize for whatever he says you did and don’t argue.  Ask “what it will take to make the problem go away?”.  Claim poverty.  (Hard to do standing beside your Mercedes, but give it a shot.)  It’s a negotiation, and you’re probably going to end up paying something.  Remember this.  Later, you will want to look back and say you weren’t afraid.  It’s like a Gringo Tax.  Pay up, and curse your bad luck.

Remember the Details for Your Story

Take note of the details.  You’ll want to tell a good story later.  You should also try to get a badge number.  Some people successfully play dumb (some aren’t playing) until the cop gets bored and leaves.  This works especially well if he doesn’t speak English and you don’t speak Spanish.  Trust your instincts.  In border cities, the police regularly detain innocent tourists on the street.  They invent an imaginary charge then force you to pay to get out of the situation.  Tijuana in particular is terrible.

Ripoffs; They Are Everywhere in Mexico

Use common sense.  Don’t pay in advance for sex, except to the escort when you are alone with her.  Don’t give some guy on the street a deposit.  Whatever other mistakes you make, don’t ever get separated from your wallet.  If you want to use the bathroom or take a shower in your hotel, take your valuables into the bathroom with you.  Don’t ever leave an escort alone in a room with your valuables.  This isn’t your wife or girlfriend.  This girl can get dressed and be out the door in seconds.

Don’t Let Men Into Your Room

Women often have men protecting them.  Don’t be alarmed if they knock.  Mexicans are famous for knocking on the door, telling you your time is up.  This is more true in brothels or strip club privados.  Drivers and pimps rarely knock on private hotel room doors.  However, do not allow the “driver” into your room under any circumstances.  Physically restrain him if you have to.  Anyone trying to force his way into your hotel room with violence means you harm anyway.  If you let him in, whatever happens next was with your permission because you didn’t resist.  This includes male rape, robbery or extortion.  It’s your word against his.  The key legal point is your permission to enter.  You must resist.

There is no physical danger in Mexican strip clubs, unless you are a young, drunk, testosterone filled crazy guy.  The biggest danger is being overcharged on your credit card.  The worst city for this is Puerto Vallarta.  Your taxi driver is often a part of this conspiracy which includes waiters, dancers and management.  You get drunk.  You ask for the check.  It’s 10X what you actually consumed.  6 bottles of champagne?  You have 6 beers.  You refuse to pay.   They ran the card when you arrived, so there’s a time stamp.

They call the police. The police are also in on it.  So, 5 hours after you arrived you’re drunk and don’t remember what was on your bill.  That’s their story.  The police can now confirm you are drunk.  Now you have to pay the bill PLUS a bribe to the police.  When you contest the charge with the credit card company, there is a police report.  How did all this happen?  You just learned the hard way to PAY CASH AS YOU GO IN MEXICAN STRIP CLUBS.   Many rip-off clubs won’t let you enter without starting a tab with a credit card.  Leave immediately.  They just telegraphed their intention to pad your card and steal.

Mexico is a cash society.  Most normal Mexicans don’t have a bank account.  It’s rare to see checks in Mexico.  There are small tricks to using cash in Mexico.  One is to have exact change.  Don’t use the Exchange Houses (casas de cambio) to exchange your money.  Do it at a bank.  Get a variety of denominations, especially $20 and $50 pesos notes.  This cash society is famous for never having change.  From banks to bars to national store chains, businesses frequently run out of cash.  If you have nothing but $500 and $1000 peso notes, you will often not receive change.  When you visit the bank, get a variety of denominations.

Your Wallet As A Poker Hand

Most of the time they’re just curious.  Mexicans watch closely when you pay, because they want to see how much money you have.  Hold your wallet close to your face and open it so only you can see inside.  Some of the curiosity is not so innocent.  If you flash a lot of cash, your chances of being robbed go up dramatically.

Don’t even carry a pocket knife.  They sell brass knuckles and blades for knife fights in public shops.  But if the police catch you with them, they’ll arrest you on the spot.  Everyone knows only narco trafficantes have police permission to carry weapons! We asked a Mexican police officer once for a solution.  She recommended pepper spray.  It’s not lethal, but it’s better than a knife for defense.  You have to get close with a knife and if you have 3 assailants you’re probably fucked.  With pepper spray, you can blind 3 assailants more than an arms length away.  While they are stumbling around blind you can walk away.  No one would blame you if you aimed 3 well-placed kicks before you left.  Great Balls Of Fire!