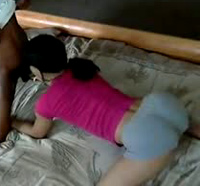 Culiacan is unlike any other city in Mexico. It’s the capital of Sinaloa, one of the most corrupt drug states on the planet. You’d have to figure their prostitutions laws are screwy. Until 10PM, the government prefers you use the massage parlors for sex. These are easily found online (f you speak Spanish), through your hotel’s service personnel or cab driver.   Cab drivers are best.  After 10PM the massage parlors are fined for staying open, so the action moves to the Culiacan Brothels, called Casa de Citas in Mexico. (House of Dates.) If we were in Culiacan, we’d use the red zone brothels rather than the strip clubs. Ask someone local, like a cabbie. (They’re called “taxistas”). This is one city where you’ll be glad to know a few words in Spanish.

Where are the Brothels?

In Culiacan, the brothels are located mainly on the free highway to Mazatlan (near the military headquarters – obvious good choice of location) and on Boulevard Madero. Starting at 10PM, they literally begin lighting the red lights on the doors of the brothel houses. This is the Red Zone, and when the red lights shine it’s Playtime.

What’s With the Red Lights?

In the United States, railroad men worked the tracks 24 hours a day.   The night shift usually had nothing to do, so enterprising women would set up brothels near the yards.  The railroad men would hang out there.  It was close and comfortable.  It wasn’t like now where you enter, have sex and then leave.  These were relaxing places with coffee, whiskey, beer and of course whorehouse hookers.  The railroad men carried red lanterns as signals for trains approaching in the dark.  They’d hang these lights outside the whorehouses.  If they were needed, the searchers only needed to seek out the red lights.  In Culiacan, they still use red lights to signal where the brothels are located.  Tradition!