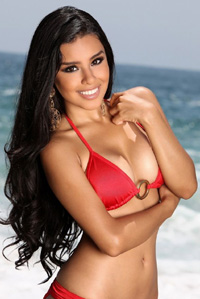 Most tourists visiting Ixtapa-Zihuatanejo want to keep things simple.  Even if you want an adventure with a beautiful young Mexican girl, you’ll be swimming against the tide trying to find an escort.  For one thing, all the online ads are in Spanish.  Unless you speak Spanish, you won’t be able to make an appointment.  Then there’s the lack of variety.  There are very few ads.  There are more ads in Manzanillo, population 150,000, than for the entire State of Guerrero. Then there’s the quality of the ads themselves.

The first thing you notice is that there no more than 10 women advertising.  They just keep placing the same free ads over and over.  But if you read Spanish, it gets worse.  Some of the ads are for travestis.  These are transsexuals, chicks with dicks.  But there are even more problems.  Over half the advertisers aren’t even local.  Girls that live 2,000 km away are offering to take your money for a cam show.  You call, pay with a credit card (don’t do it!) then are connected to a live online sex show.  Usually the girl masturbates and encourages you to do the same.  That’s not even the worst type of ad.  About half are selling photos and videos.  Like there isn’t enough internet porn for free!

The way to go in Ixtapa-Zihuatanejo are the many massage parlors and tents.  This works best in the daytime.  At night, there are two strip clubs and a few brothels.  The strip clubs are good.  We don’t recommend the brothels for tourists.  You should speak Spanish and have an understanding of Mexican street culture to safely use the brothels.  The point is that almost every town in Mexico is well-represented by independent escorts.  Ixtapa and Zihuatanejo are not among them.

The massage girls all dress like nurses.  Many speak English.  They are approachable on the beach.  Whereas they may be shy at first, they all want your business.  Why do you think they are walking on the beach?  They are either going to or coming from a private appointment.