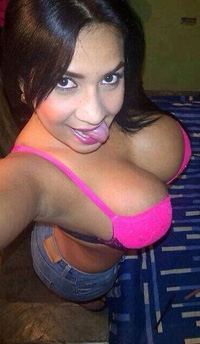 The strip clubs of Tlalnepantla are varied, diverse and close together.  They are a little like mushrooms.  They flourish, die and then are reborn in the same location.  That location is on or around Vía Dr. Gustavo Baz   Here, your best friend will be a good taxi or Uber driver.  Those guys get constant feedback.  The hardest thing about Tlalnepantla Table Dance clubs is how fast they go out of business.  As of this writing, Club Douss is the only one advertising.  Next month, there may be 5 new ones in the old locations.   This isn’t Cabo, where rich tourists spend their days sports fishing and the nights in one of 10 strip clubs.

Report From An Experienced Viewer

La Traveler writes on the CityXGuide forum ” North of Tlalnepantla on Gustavo Baz, there are three strip clubs all close together.  One is called Carosel and most taxis know this one. Carosel is usually full of gorditas but it has a 5 minute private for 300 pesos.  Trebal is just south and it has decent looking girls and it has two songs for 200. The place in between has one song per 100.  All of these places have no rules but YM will V.  I have gotten super BBBJ in these places for a 300 peso tip and even have had ATM more than once.  Drinks are cheap 30-40 and no cover and they are open during the day.

These are not true strip clubs because the girls only strip once per hour and the rest is couple dancing. Being an anglo looking person who speaks some Spanish, I do not go alone at night.  It is safer to take a taxi driver with me and buy him drinks. I have not seen hardly any gringos in these places.  Even though I have gone often I have had NO problems.  Not even any bad looks. I would never go into the city and get ripped off when I can go here and take any girl to my hotel for $600 pesos!”

La Traveler brings up an interesting point.  He’s never had any problems or even dirty looks in strip clubs, but he still isn’t comfortable without taking a driver in with him.  We’ve been enjoying Mexican strip clubs for over 10 years in multiple cities; Mazatlan, Tijuana, Cabo, Monterrey, Colima, Manzanillo, Rosarito, Guadalajara and Ensenada just to name a few.   The owners want English speaking clients.  We Anglo guys spend more and tip better.  Most of us behave like gentlemen.  All strip clubs employ bouncers.  They are there for your protection.  Strip clubs are the safest places in Mexico.