The Strip Clubs Are Brothels in TJ

A Different World 5 to 10 Minutes From the Border

Consider this an introduction to Tijuana Strip Clubs.   First of all, let’s talk about safety.  You’re physically safer in a Mexican strip than at a U.S. strip club.  But outside, Tijuana police are corrupt and dangerous.  Fear the police more than criminals.  Take taxis unless you can physically see the next club you are going to.  The bouncers at the strip clubs will protect you from the curb to the door, and inside.  Unless you have committed a Mexican felony, you are safe inside the clubs.  All strip clubs in Mexico are owned or protected by cartels.  Corrupt Mexican cops will bully you, but they won’t fuck with a cartel owned business.

Use Cash In The Clubs.  Pesos Are Better, But Dollars Work

Your biggest danger in a Mexican strip club is being overcharged on your credit card.  NEVER use plastic.  Pay cash as you go.  It’s less convenient, but if you order 3 rounds or more your chances of receiving a padded bill grow with each round.  Once you’ve had 4 or 5 (or more) drinks, you’re fucked in any dispute over the bill.  If you won’t pay, the club will call the police.  At that moment, you lose any chance you have of disputing the bill with the credit card company.  There will be a police report stating you were drunk and abusive.  You will have to pay the bill PLUS a bribe to the police officer to avoid going to jail.  If you cannot reason with the waiter and the owner, pay the bill and leave.  Dispute it when you get home.

Where The Clubs Are Located

You can go to the Hong Kong Club, Adelita’s, the Chicago Club, or Las Chavelas or Madonna’s.  They’re all within a block of each other.  These clubs are located in the Tolerance Zone where strip clubs, brothels and streetwalkers are allowed.  The exception is Deja Vu, which looks like the Titty Twister.  Remember ¨From Dusk ´Til Dawn¨?  It is located closer to the San Ysidro border crossing.

All the dancing girls are hookers at the strip clubs.  Once seated, you can use the waiter to fetch the dancer you want or wait for them to come to you.  You can buy the girls expensive drinks, or ask them to take you to the hotel.  It’s their goal.  After one or two drinks at most the girl will ask you to go to the rooms.  The cost should be about $50 to $80 for the girl, plus the room.  We’ll talk about the “next step” on the brothels page.  They are separate operations.

The Clubs Are Slightly Different

There are 5 primary clubs in TJ.  Four are in the Tolerance Zone, and the newest (and most highly rated) one is less than half a mile away.  You can walk safely between the 4 clubs in the Zona Rosa, but no more.  The police patrol this area in cars and on foot.  It’s safer than most cities in the U.S., but only between the clubs.  You main dangers are walking policemen.   They will detain you until you pay a fine.  It doesn’t matter what you have or have not done.  Avoid eye contact.  Don’t get drunk.  They are like lions following herds of wildebeest.  Predators seek the weakest of the herd. 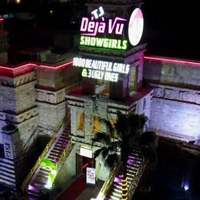 If you think Deja Vu looks familiar, you’ve seen “From Dusk ‘Til Dawn”, the Robert Rodriguez, Quentin Tarantino film.  It’s the Titty Twister!  The relatively new Deja Vu Tijuana is not only the highest rated strip club in Tijuana, it also claims to be the largest strip club in the world!  It’s not only highly rated, it’s clean.  If you’ve spent any time in Mexico, you get used to greasy counters, dirty glasses and filthy bathrooms.  It’s expensive, too.  The cover is $10 USD, and private time in a VIP room costs $30 for the room, and $100 to $150 for the girl.  But if you’re used to U.S. prices and “look but don’t touch” laws, you may never want to go to a strip club north of the border again.  The girls get high marks for beauty 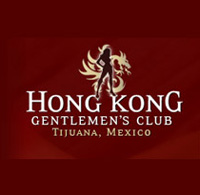 The Hong Kong Gentlemen’s Club has dropped from its #1 status.  It’s been relegated to #2, behind Deja Vu.  They cater to “high rollers”, a relative term in Mexican economics. If you can afford an evening at a U.S. strip club, the Hong Kong Club will seem like heaven.  Buy a membership for $50 and they’ll  pick you up and take you back to the border. Skip the cab fare and arrive to Hong Kong Gentlemen’s Club in style. This Hong Kong Gentlemen’s Club VIP service provides you transportation to and from the US Border, entry into the club, complimentary admission, half off your first lap dance and your first domestic beer! Vip membership costs $50, and is a crazy bargain if you’re going to go back. If you’ve got a liberal girlfriend, it would be a killer date.   30 minutes in their brothel hotel costs $80 plus the room. They have an excellent website with all the details.  If you are staying overnight, consider getting a room in the Hotel Casadas.  They start at only $50.  They are FAR better than the 30 minute rooms. 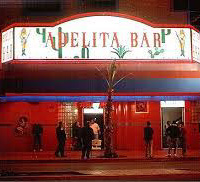 You’re likely to see couples walking out of the bar to a set of stairs to the right. The woman will be a gorgeous young Mexican dancer and the man will be a white dude.  He’s about to get laid.  These stairs lead to the Hotel Coahuila, the brothel hotel connected to Adelita’s.  Adelita’s opens sometime in the late morning, but there are usually no girls until after noon. A decent crowd will probably not form until two or three in the afternoon. The bar will not close until around five or six in the morning. It’s a little more affordable than Hong Kong, with dancers charging $60 USD plus the room for full service sex. 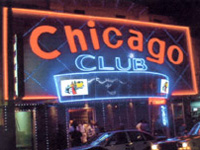 The entrance to Chicago Club is a small hallway with red curtains near the back. Like the Adelita, Chicago will have a gaggle of taxi drivers out front. The steps leading up to Hotel Jalos, Chicago Club’s brothel hotel, are left of the entrance. The entry has a small coat and purse check for the girls. You’ll find the room is less than half the size of the Adelita Bar. A raised dance floor similar to Adelitas will be slightly back and to your right with red booths circling the stage. The Chicago Club is also open days, but the action is at night. Things don’t start before 3pm, and a crowd won’t form until ten. Chicago Club closes earlier than the rest, usually three in the morning. 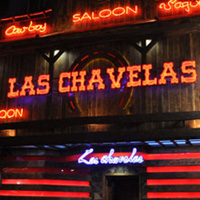 Similar to the Hong Kong Gentlemen’s Club, Las Chavelas is looking for a better class of Hobbyist. It’s a Mexican country bar, and has live music on the weekends. If you like country music and hookers, you’ll be right at home. Another great spot to bring a date, depending on taste in music. A lot of people walk in, and walk out immediately. Looking at big fake tits to the music of Merle Haggard is an acquired taste.  Like the Hong Kong Gentleman’s Club, Las Chavelas has an excellent website. They look similar. (Do they share ownership, or just the same web developer?) If you want to see their photo gallery, you have to join. Again, it’s free. This is a well-run bar that wants to earn your business when you want a strip club / brothel in Tijuana, Mexico.