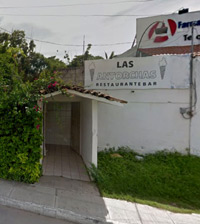 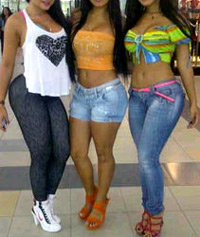 Mexican brothels (called casa de citas, or “house of dates”) exist in Puerto Vallarta,  In a tiny town like PV with it’s huge population of prostitutes working in the strip clubs and as escorts , there aren’t enough Mexicans to support brothels.  Fortunately, the cruise ship crews have needs.  Ask a taxi or Uber driver to take you to Las Antorchas or a hooker bar.  (A regular bar where hookers congregate.  You pay the bar to take the girl out.)   The strip clubs don’t open up until 9PM.  If you are travelling with a “significant other”, the best daytime sex may be at one of the brothels or hooker bars.  A nightime strategy is to go to the strip clubs first, and finish up with a cheap piece of chiquita at the brothel.

It’s the oldest brothel in Puerto Vallarta and it’s been there for years.  Las Antorchas is kept in business by the cruise ship personnel.  While the tourists are buying cheap crap in the ferry terminal open air booths, the workers are getting laid at Las Antorchas.  It’s just across the street, within walking distance to Soriana on the same side of the street.  The cost was $500 pesos a couple years ago.  It may have gone up slightly.  You enter into a low slung cafeteria style restaurant.  It’s old and worn, not in a good way. All the girls inside are hookers.  You can take one to bungaloos out back or buy a beer and sandwich and just check them out.  The darkened trail out back leading to the bungaloos can be intimidating in the dark, but it’s perfectly safe.

Taxi Drivers May Have A Better Alternative

Las Antorchas is like the tide.  It is at its peak when the cruise ships are in town.  There may be 30 girls working to service the cruise crew.  If there’s no ship due in, there may be 3 girls working and they all could be busy when you arrive.  Taxi drivers may have better alternatives.  Brothels are like strip clubs, in the sense that they go through hot and cold cycles.  A website isn’t going to keep up with that.

Taxi or Uber drivers may know where the hottest girls are working at the time you are visiting Puerto Vallarta.  You can’t trust the taxi or Uber drivers to recommend strip clubs because they are paid huge commissions by the rip off places.   That´s only at night.  The brothels are so inexpensive they cannot afford to pay commissions.  Your driver will give you honest recommendations.