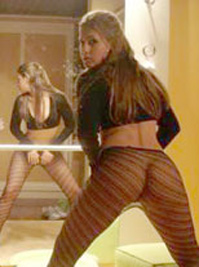 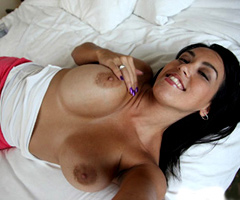 Sex With Style and Chemistry

Where else in Mexico can you watch strippers, pick one out, buy her a drink and then have sex with her without leaving the building?  Cabo uses a similar system, but they have full service privados.  Those are private rooms in a strip club with a couch to have sex on.  Mazatlan is more like Cabo, only much less elegant.   In Mazatlan , the clubs are raunchy, the girls are young and wild, and the privado rooms are cramped, uncomfortable and not 100% clean.   In Tijuana, there are hotels attached to the strip clubs.  You need to leave the club.  It’s impersonal, cheap and very fast.  In Puebla, the clubs are nicer, the girls are prettier, and the rooms are sexy.  You also have a full hour to take your time.  For many guys, Puebla has the best system.

What About Traditional Brothels?

In Mexico, traditional brothels are converted hotels or houses.  You enter.  The girls line up.  You pick one and pay.  Depending on local regulations, you either have sex on a regular mattress or a massage bed.  When you go inside, all the girls line up.   (That’s called a pasarela in Spanish.)   You pick one, pay the fee and the fun begins!  Selection from the pasarela is important.  Don’t just pick the youngest or the one with the biggest tits.  Watch the body language.  If one of the girls is hot for you, maybe that’s worth more than an extra bra cup size.

One semi-famous place is near the Royal Men’s Club, a strip club located at 1016 Boulevard Norte.  All the taxi drivers will know where it is.  There is an excellent brothel with a dozen girls nearby.  You may need the driver’s help finding it, but it’s well known in the neighborhood.  It’s a private home with a white gate and a buzzer.  Ring the bell from the street to be allowed inside.  Of the 10 to 15 girls, one is sure to please you.  The cost is $500.  Quite a bit less than  the $4600 you would have paid at the Royal Men’s Club.   That strip club whore costs more than $4600.  You have to figure drinks for both you and the girl, cover, and tips for waiters and doormen.  It’s one thing if you want a strip club experience.  But if you just want to have sex, brothels are best.