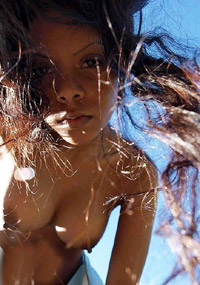 A Huge Gulf in Rates

Independent escorts are less expensive in Monterrey than they are in Tijuana!   Yet guys don’t use the independents because the girls don’t speak English.   So they use escort services and pay four to six times as much for the convenience.  The guys traveling down from Texas must be doing well that they can pay so much.  The most expensive escort city in Mexico is currently Cabo.  The escort service clients in Monterrey are paying the same rates.    You would also think there would be more English speaking escorts, but there aren’t many.

Where To Find The Girls

In any city in Mexico, if you want to find local girls advertising use Mileroticos.   It’s not that hard to make an appointment, even if you don’t speak Spanish.   There are a couple scams to watch out for.  One we mentioned, which is ad agencies advertising their girls as independent.  The second scam is with girls outside the area.  The phone prefix for Monterrey is 813.  If they aren’t in Monterrey, they don’t want sex.  They want you to pay them for something else; photos, videos or a video call you can masturbate to.   A trick you might want to try is copying and pasting their phone number into a Google Search.  If your girl is in 20 different cities with ads she’s placed today, the bitch is a waste of your time.
If you are comfortable with your cell phone, we have a system you can use to make a date with an escort who only speaks Spanish.  This will save you money.  Not only that, you´ll have access to 10x to 20x more Mexican hookers than you will in you only call English speaking girls. 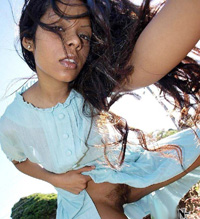 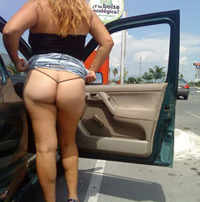 Beware of the independent escort ads you may find on the internet.  Many are placed by the local escort services.  There is nothing wrong with this, but many of us like to speak with the girl directly.  If she’s a bitch on the phone, before she gets the job, imagine what she’s going to be like in bed when the stuck up little whore has your money!  Likewise, a honey voice that purrrrrs over the phone could mean fantastic pleasure in bed.  Also beware of ads with one or two photos that looks like they came from a magazine.  They probably did.  Don’t worry about photos with blurred faces.  The girl just doesn’t want her boyfriend or brother to know she wants Gringo cock in her mouth.  They blur the photos for privacy, not to hide flaws.

UnSpongeBob (what a name!) writes about where to find street hookers in Monterrey on the CityXGuide.  “The girls that stand at the hotels on Pino Suarez and Reforma were always dogs. I used to like walking between Pino Suarez East to about Juarez on Reforma. There is a small hotel in there where the girls stood outside the hotel. They were the hottest. The other selections that are to the East on Reforma did not impress me. You can see them standing outside the hotel, and there are a few that stand on the West side of Pino Suarez. But, the “hotties” were always to the East of Pino Suarez on Reforma. ”  Thanks Bob.  We soak up great information such as this like a ….well, a sponge Bob.