No Famous Brothels?  No Problem

Imagine you and 10 of your ladies have a brothel.  Legitimate government agencies want your business registered and licensed.  You might be able to live with that, but then the corrupt family members of the elected officials have been appointed to important posts.  They want their fair share of bribes.  Then imagine the local cartel bosses want to be paid for protection against the local cartel boss.  (Pay me and I’ll protect you from me.)  What does a brothel owner do?  He goes underground. The location of the rental houses changes all the time.  He keeps moving and stays hidden.
The level of corruption in Mexico is stifling.   If you think about it, the only people actually providing a useful service are the girls.  The rest of the assholes are just stealing from each other. 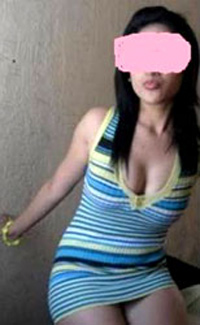 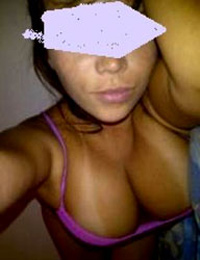 So How Does He Stay in Business?

The short answer is taxi drivers.  As in America, the taxi business favors the rich, not the actual drivers.  The same assholes who live on bribes or protection also have the cash to purchase taxi medallions and cars.  The actual drivers barely make enough to feed their families.  So when a brothel owner pays even a small commission the taxi drivers take notice.  Even $50 pesos (plus the fare) is a welcome bonus.  The owners and the drivers stay in touch.  The result is an informal network.  Will the drivers squeal on the brothel owners?  Only if threatened.  Corrupt officials and cartel bosses don’t pay them anything.

It Works the Same in All Cities

Find a brothel in Leon and you can find one anywhere.  Just say “casa de citas” to the driver.  That’s Spanish for brothel.  (The words literally mean “house of dates”, but that’s what the Mexicans say.)  Probably your driver will vomit up 3,000 questioning words in Spanish for 3 seconds of response.  Just ask “casa de citas?” again.   Then add “si o no?”  Communication can be a bitch if you don’t speak Spanish, but hold your ground.

Mexican brothels are always located in the rough parts of town.  If it’s at night, you’ll enter shady neighborhoods without street lights.  The roads will be bad.  You won’t feel safe, unless you are too drunk to care.  Once there, the girls will line up.  Don’t let your taxi driver leave until you see the girls.  If you don’t want any of them, say “no thanks” and leave.  If you want to stay, make sure your driver will return in 30 to 45 minutes.  Depending on the girl you select, your adventure will be a bust or a great adventure.