Not to be confused with the border state of Nuevo Leon, the city of Leon is the biggest metropolitan area you’ve never heard of in Mexico. Compare Acapulco and Leon. Leon has a million and a half (1,500,000) people. Acapulco has 650,000. Leon is huge. (Though Acapulco has more escorts.) It is located near the center of Mexico, in the state of Guanajuato (pronounced “go-on-ah-WAT-toe”). It’s a high tech industrial center known for good food, good jobs, and a population so intent on clean air that many people ride bicycles. This ain’t no sleazy border town.

A Local Scene Not Set Up For Tourists

They’ve got a couple very nice strip clubs, Flamingos and El Tapatio. It’s not a surprise that both would be upscale, and that there are only two of them.  There are independent escorts, massage parlors and probably brothels. You’ll need to find a local source for most of these services for now, until someone like who knows the scene in Leon files a report for the rest of us. In the meantime, good sources of information are taxi drivers, and young men (under 40) working in bars, restaurants and hotels. 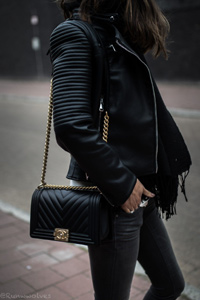 Don’t visit Guanajuato without checking out the leather goods.  There are huge cattle ranches in the countryside surrounding Leon, and there are many tanneries.  The tanneries sell to shoe factories (the most popular products are leather shoes and boots), as well as individual leather manufacturers.  You could stock up on a year’s worth of gifts for Christmas and birthdays.  A quality handbag costing $1000 USD in the States might cost the peso equivalent of $50 USD in Leon.  There are many retail stores all over Leon.

People of all ages like receiving hand tooled leather belts and wallets.  They are beautiful, and smell SO GOOD.  The gift options are endless; purses, backpacks and other carry-all styles are extremely popular.  Many women would use your gift of a hand tooled leather purse, clutch, carryall or shoulder bag forever.  Confused about color?  Buy a couple.  Clothing items such as vests, jackets and (if you are confident in sizes) pants are items which last forever.  Don’t forget to buy things for yourself, or for the escort you are meeting later.