Colima is a Beautiful City Without Many Escorts 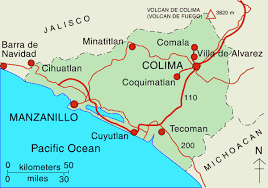 A Clean City In Every Sense

Colima is the capital city of the State of Colima, and not the best town in Mexico for escorts. It’s a beautiful place to visit, even if no one speaks English. The first thing you notice is how clean it is. Mexico is like America was right after WWII, when federal highways allowed people to travel anywhere and everyone just threw their garbage out the window. There is a disconnect. Mexicans see the dirty streets, but don’t connect it with the plastic pop bottle in their hand, which they just drop when they are finished.

They Don’t Have Sex Where They Eat

Colima isn’t like that. Drive through the city. There is fresh air, and clean streets. There’s civic pride, a sense of community. Great for families, bad for guys looking for escorts, prostitutes and street girls. There are plenty of hookers, but they go to either Manzanillo or Guadalajara. The girls in Manzanillo often go to work in Colima or Guadalajara. Nothing is worse than making a date to suck some guys cock, and having your uncle show up. 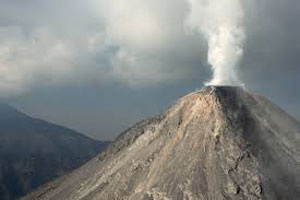 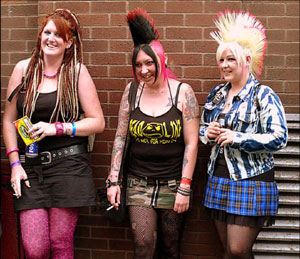 Nothing Hot But The Colima Volcano

Colima is about an hour from Manzanillo, three hours from Guadalajara. It’s most famous for its active volcano, which rises above the city spewing wisps of smoke like some chain smoking neighbor. There are tours that drive up in small vans to get you closer, but there is a hike to the top that most mongers probably won’t want to do. There is some light manufacturing (furniture), and some food packaging because of the farms nearby. (Ancient volcanic runoff has created rich soil like Hawaii.) While the coastline is hot and humid, the temperatures are cooler and drier in Colima. Without tourists, prices for hotels, food and other services are very reasonable. The city makes its money from industry and agriculture.

Safe From Violence, But Not Many English Speaking Escorts

It’s not a place with a lot of narco trafficantes. Violence is minimal. Most strip clubs in Mexico are either owned by the cartels, or pay tribute to them. Without the drug trade, cartel influence in Colima (both the state and the city) is minimal. What does that mean? Bad strip clubs and very few escorts. The strip clubs are populated with overweight hookers who don’t care who knows they are whores. Ever seen a fat dancer/hooker? Not a pretty sight.

The brothels are hard to find. Colima is not a tourist destination, and not a monger paradise. You’d better speak some Spanish. If you get lucky and meet a beautiful girl, be proud of yourself. This isn’t like Cancun, Cabo, Guadalajara or the Mexico City, where any fool can score an escort. If you can find a beautiful woman for sex in Colima, you’re at the top of your game!

In most Mexican cities, if you search Google for “escorts (city name)” the first option that comes up is Mileroticos.  All the ads are in Spanish, so you’ll need a translation app or Google Translate to make an appointment.   There are a few strip clubs, but the girls range from 3 to 6 on a 10 scale.  You’ll have to get REALLY drunk before that makes any sense.  There’s not many good options for sex in Colima.